SO MUCH BETTER SOUND IN ARGLE BARGLE STUDIO

“Argle Bargle is hidden from the world around it on Dalagatan in Stockholm. You come in through leafy courtyards and into another world – a music bubble,” says Stefan Örn.

“The studio works really well for writing songs in, because it’s snug enough to feel comfortable in. And that’s where a good studio acoustic comes in,” continues Stefan. While the studio was being built, Gotessons' affiliate company A. M. Acoustics helped produce a good basic acoustic using sound absorbents on the ceiling. Nivå wall absorbents where mounted on the walls for a great look and better sound.

“Something that really lifted the feel of the place was that I was able to choose the colours and shapes of many of the supplementary absorbents so that they were more visually prominent. There’s a really daring back wall with a 3D feel and matching curtains, as well as screens with a nice print motif that I can move around as needed. I also wanted to work on ergonomics, because there is a lot of sitting down involved in working with computers. And I really recommend Office Ballz by Gotessons; they strengthen the core muscles so you don’t turn into a typical couch potato technician,” concludes Stefan with a smile. 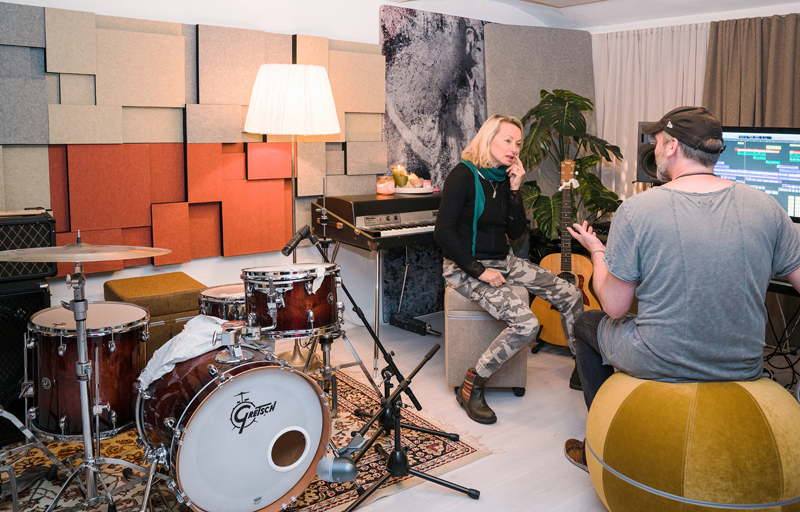 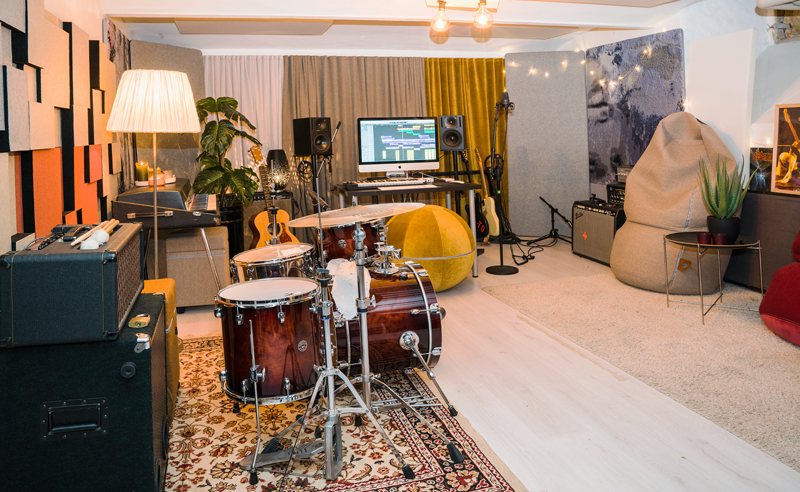 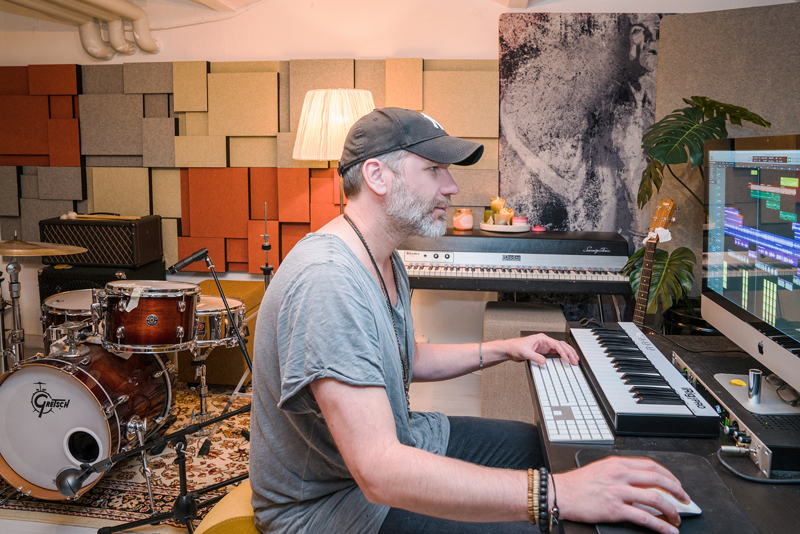