HIGH DEMANDS ON ACOUSTICS AT TV 2 IN BERGEN

Media City in Bergen is Europe’s largest media centre and the head offices of Norway’s TV 2.

Early in the design process with Metropolis Arkitekter, it was decided that the centre should tie in with the city of Bergen, which is known for its old houses dating back to Hanseatic times and is on the UNESCO World Heritage list. This was the reason for using the stylised “cottage” The Hut, which also fit in on purely practical grounds. TV 2 needed meeting rooms that were less formal, as the entire open-plan concept was intended to generate meetings between workers. Thanks to its sound-absorbing properties, The Hut is also used for special functions: for example, video editors each sit in their own huts without being distracted by their surroundings.

The fact that open-plan offices place demands on acoustics was no surprise to the office’s design team, which meant that a long series of measures were included as early as the planning stage. Soft carpeting the ceiling made from conventional sound absorbents were supplemented by measures focusing on certain “hot spots” with particular acoustic challenges. Nivå in black EcoSUND core material was therefore mounted there in a colour to fit the style. 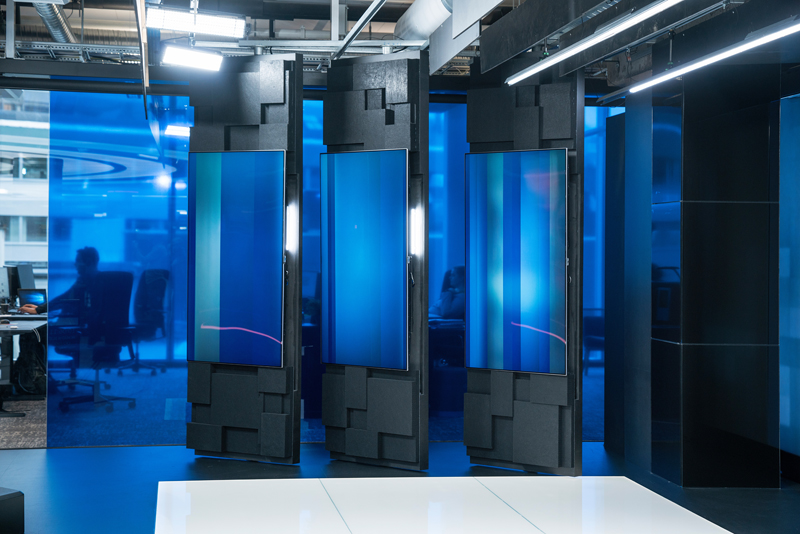 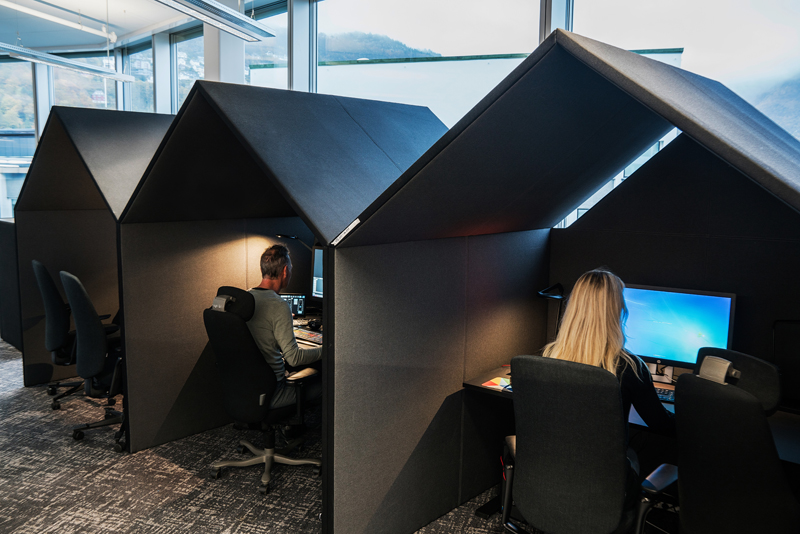 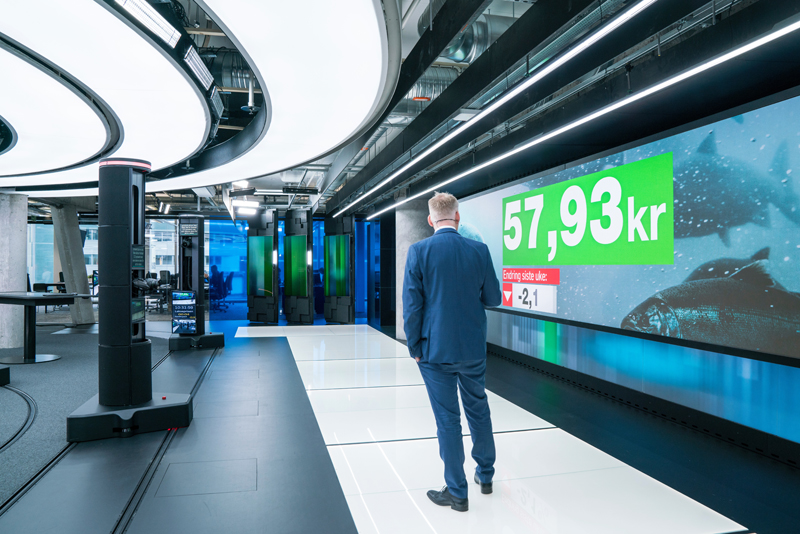 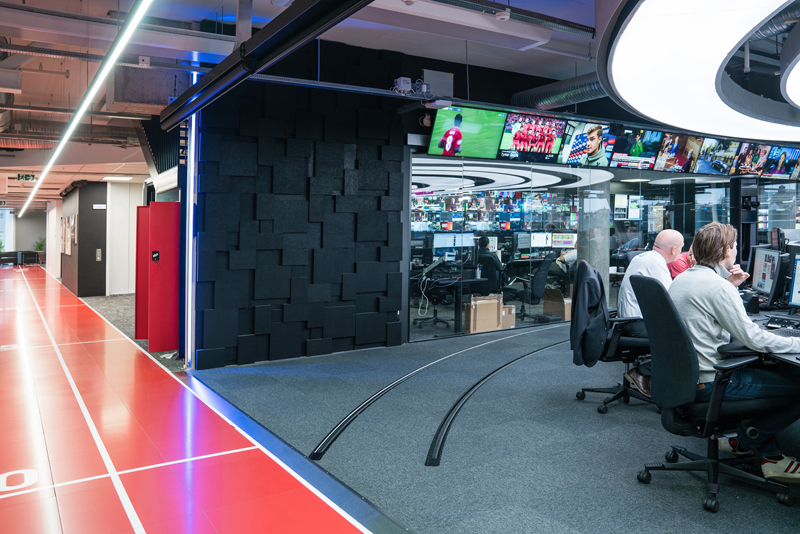 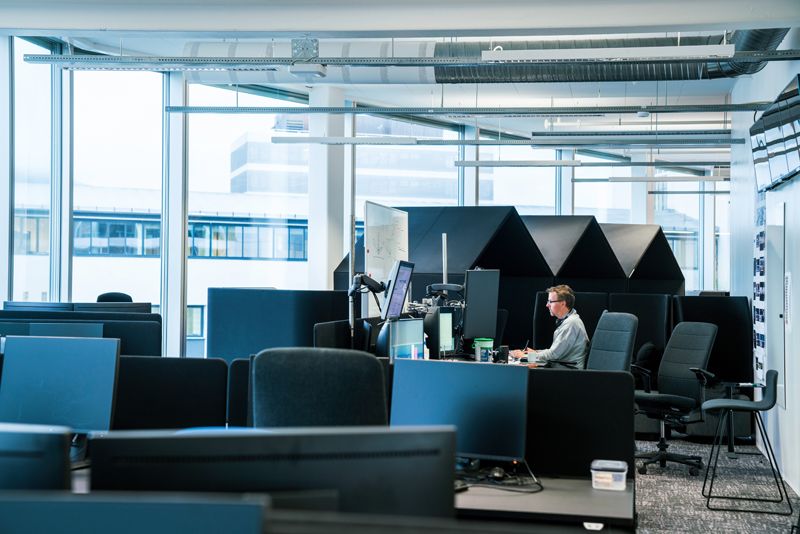 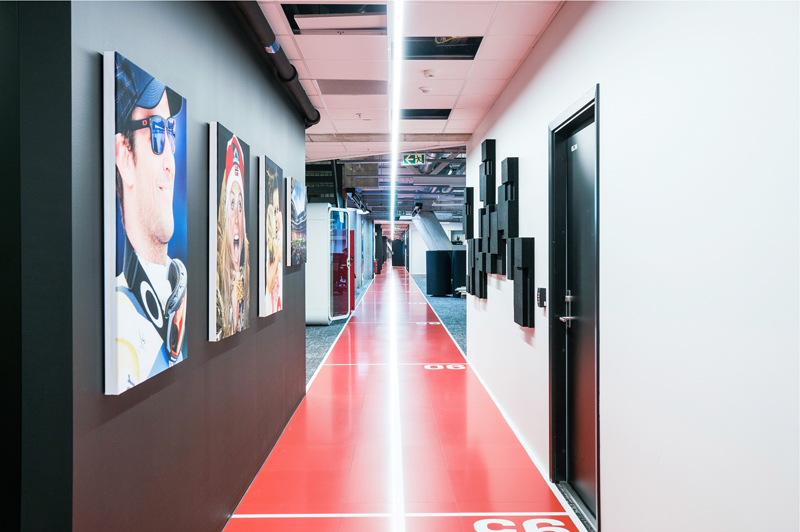