MODERNISATION OF AN OLD INDUSTRIAL BUILDING

The old, three-story industrial building was still in the process of complete renovation, at the beginning of the project, but parts of the building with a strong character were preserved. From the beginning, it was clear that the open ceiling and room structure and the visibility of the technical building equipment in the ceiling area had priority. The challenge was therefore to ensure good acoustics.

After careful examination, a mixing concept was used here. Lightweight panels made of wood wool were mounted directly under the ceiling. Furthermore, the rooms were accentuated and completed with the effective round ceiling sails “Sound off ceiling“ and A30 table screens at the workplaces.

The open space area has been created along the window front. The focus was always on the ergonomics of the workstations in conjunction with good acoustic absorption of the direct sound of the employees. Switching between different places of work has a stimulating effect and promotes productivity. While communication in the open areas is possible, employees in the middle zone have rooms, such as quiet booths, available for undisturbed work. 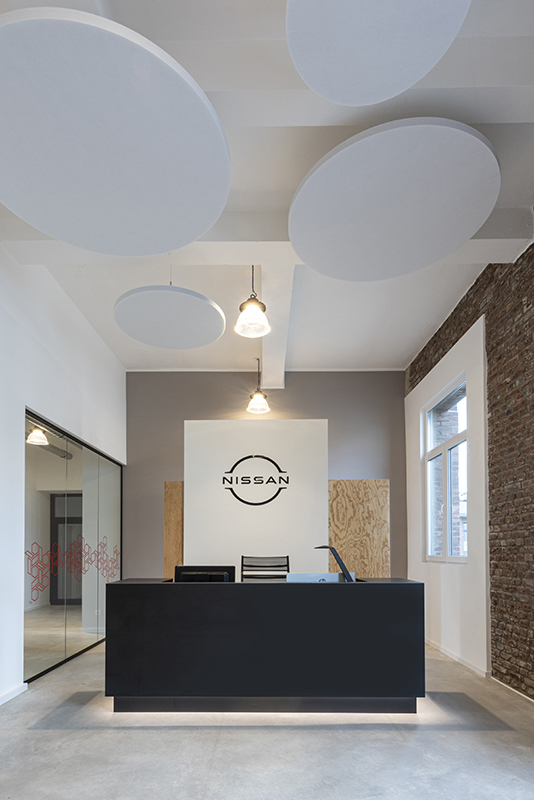 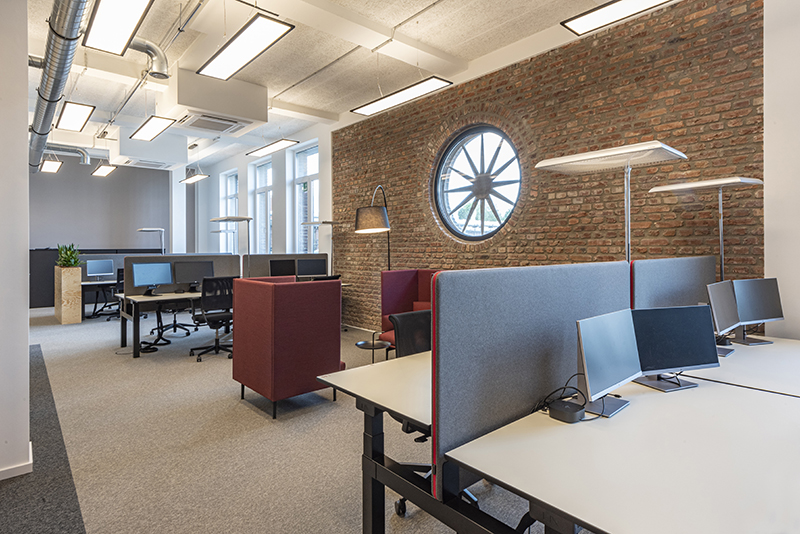 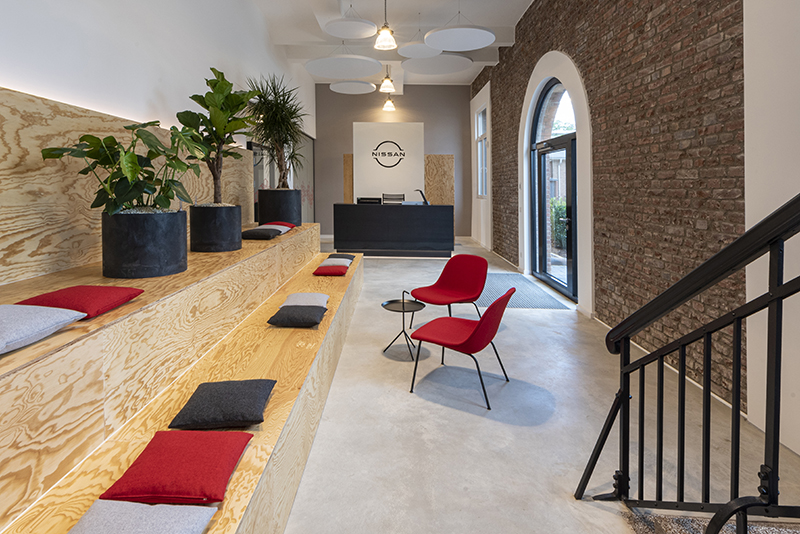 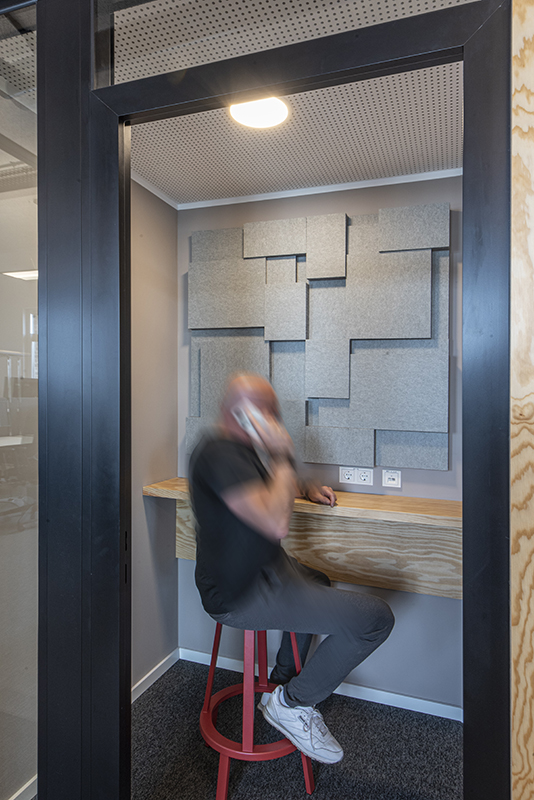 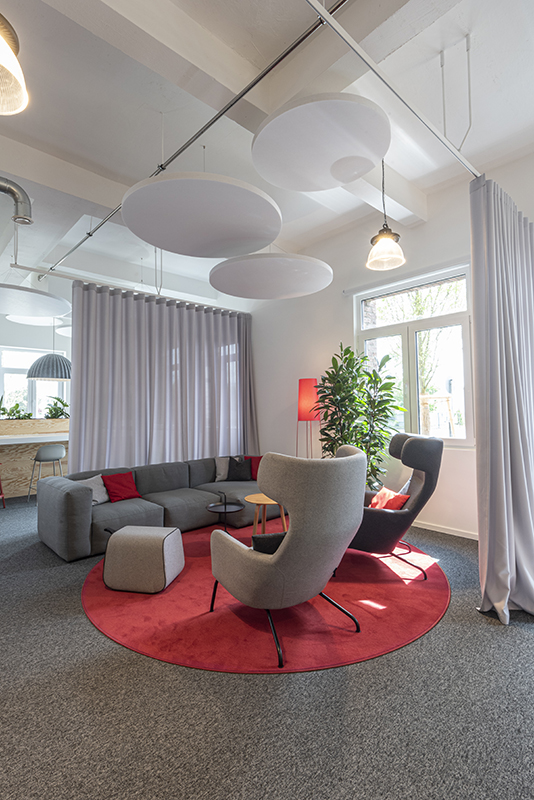 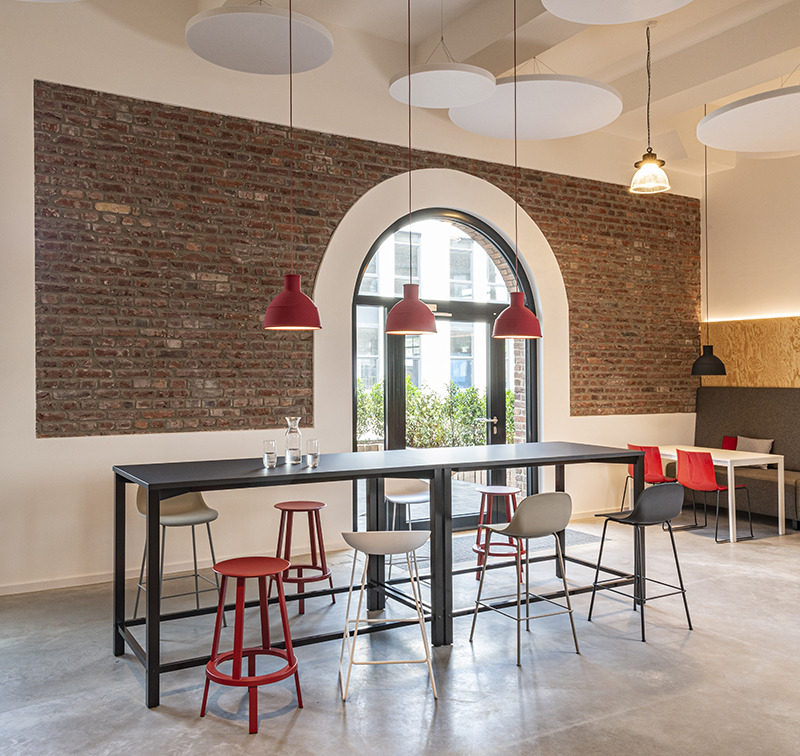 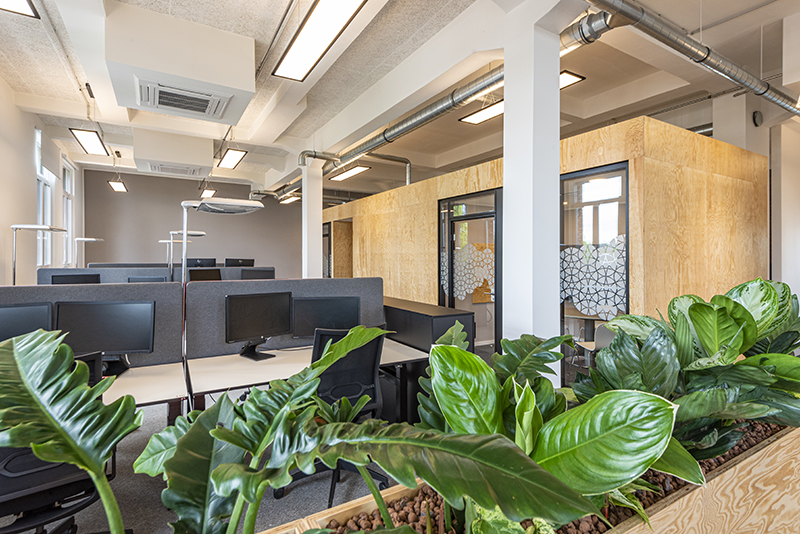