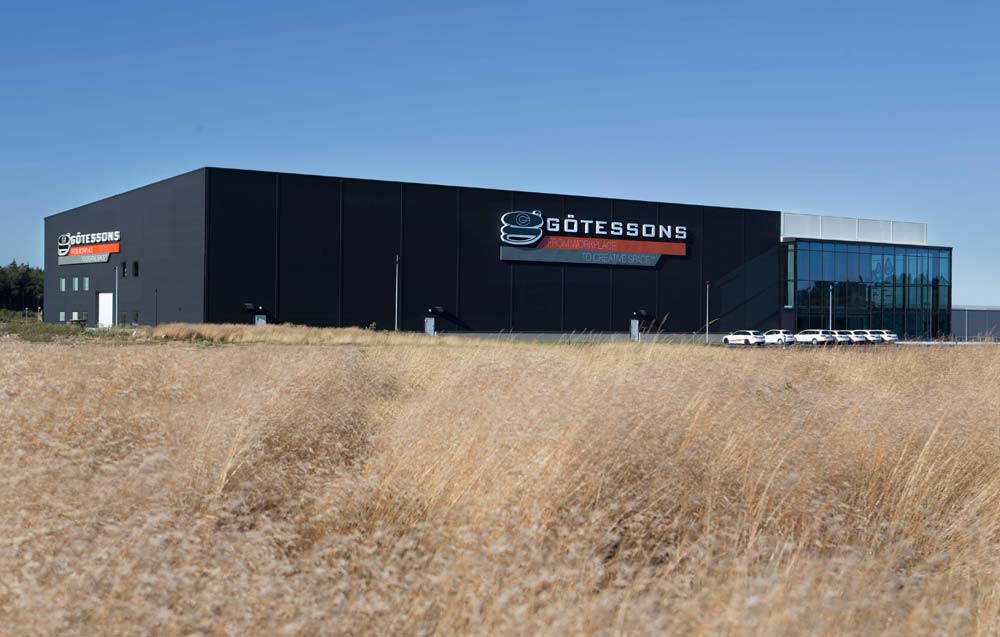 Götessons Industri AB was founden in Dalstorp in 1984 by Ola Götesson. In 1992 Ola invented the world’s first cable tray holder – this was the start of what the company Götessons is today. We develop and manufacture products for the office, conference areas and hotel.  With Europe as our main market, Götessons ensures ergonomic, functional and well-designed solutions for customers. In May 2015 the company moved to a brand new property that later became Sweden’s third best-loocking office. This HQ buildning is locaded in Ulricehamn.

Ola’s son Johan Götessons, who today functions as amassador at Götessons, took over as CEO in 2006. Later in 2010 he introduced the table screen series ScreenIT with zip. This screen became the first textile product in the company’s productline and a new milestone in Götessons history. In March 2013, Connecting Capital acquired a majority stake in Götessons and developed the group for six successful years.  During 2019, Accent Equity Partners AB took over the majority stake in Götessons for the further expansion on the Nordic and International market.  Götessons are ISO 9001 and ISO 14001 and has several Swan lebeled products in their range.